Beauty of females earth and skies

the Basic incredients are an interesting  photo idea, good sky, and celestial objects, a beautiful model and a matching terrestrial object/landscape for composition of the Astronude

other than in case of a classical act photo, also the background BEHIND the model is as crucial as the pose for the photo statement and effect.You see the influence of the background in the first photo below where Palm leaves seem to grow out of the boobies of the amazone, or in the sixth photo, where the model seems to be growing out from snow covered trees.

the starting point is a long exposure  astro photo set up using an astro mount, I personally prefer Astrotrac

LIGHT PAINTING: you work out the models body using light, I call it light painting the body, this technique allows you to turn the  focus on selected parts of the body, to leave out other parts, to produce shadings etc. You see the effect of light painting especially in the last two photos where the boobies are worked out and the right arm of the model  is left out

finally you have to take into account the shadow when light painting, see second photo 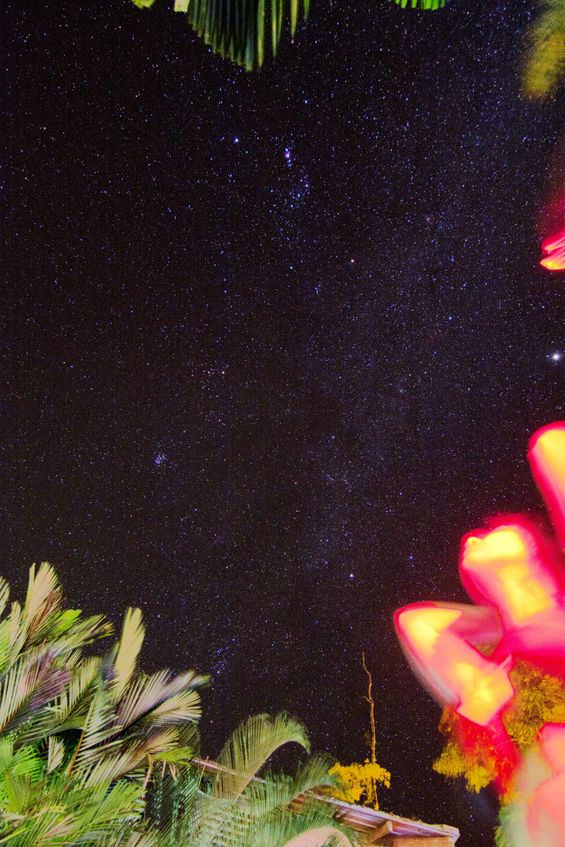 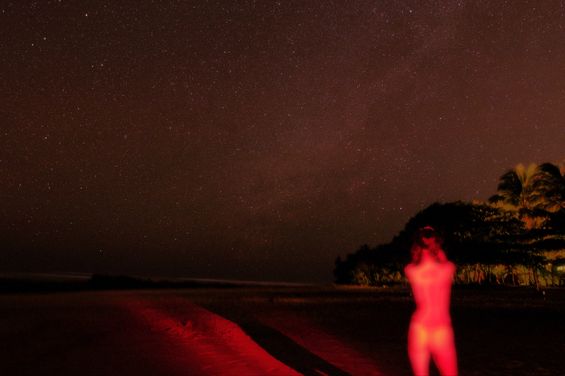 'Far behind the end of my shadow!!' Beauty and butt at a beach on the Pacific coast of Costa Rica gazing at the Milky Way 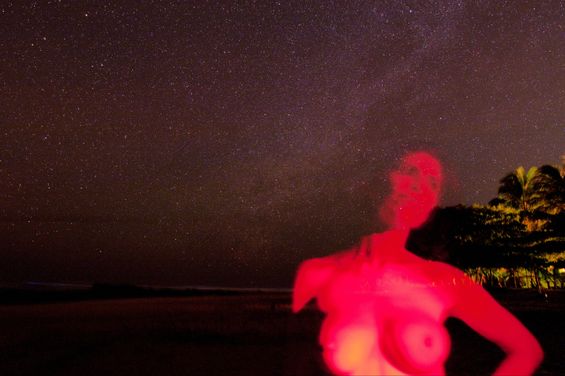 'If I cant get there, let s lure them in to me!!' Female beauty with hot boobies at a beach on the Pacific coast of Costa Rica with Milky Way. Thats what we are looking for in Astronudes! 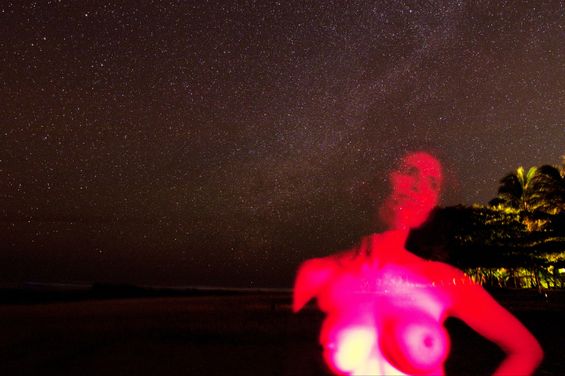 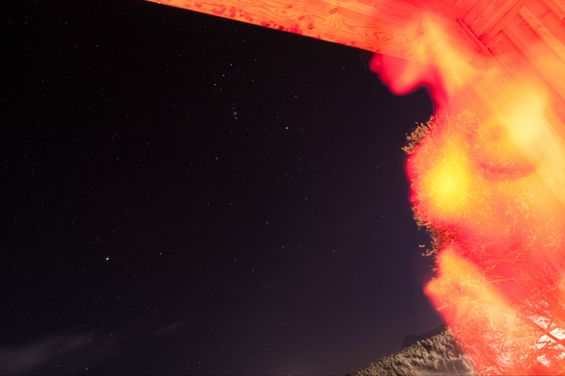 "Snow White and the Orion" Beauty gazing at the Winter sky in an Alpine environment close to the Dachstein mountain range, Styria, Austria. 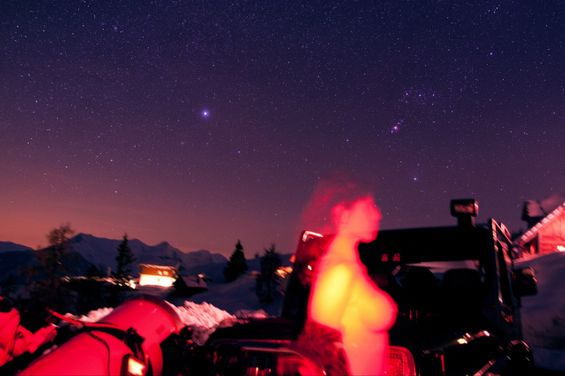 "Beauty, telescope and 200+1 horses." Telescope pointed at horsehead nebula in Orion and beauty leaning on a 200hp Jeep parked at snowy Emberger Alm in the Southern Austrian alps. 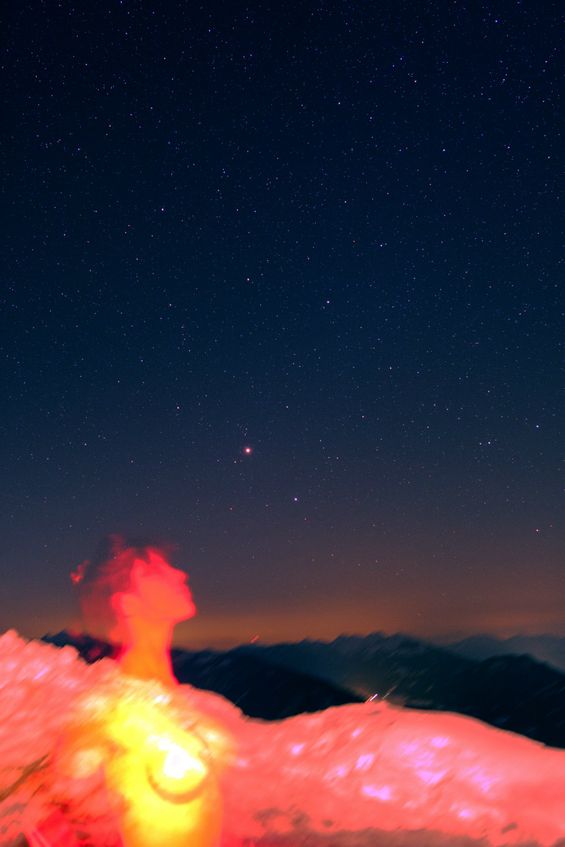 "Lost innocence-Mars conquered the Virgin". Beauty looking at the planet Mars in the constellation Virgo over the Southern Alps and Weissensee. Astro photo taken at Emberger Alm, Carinthia, Austria. 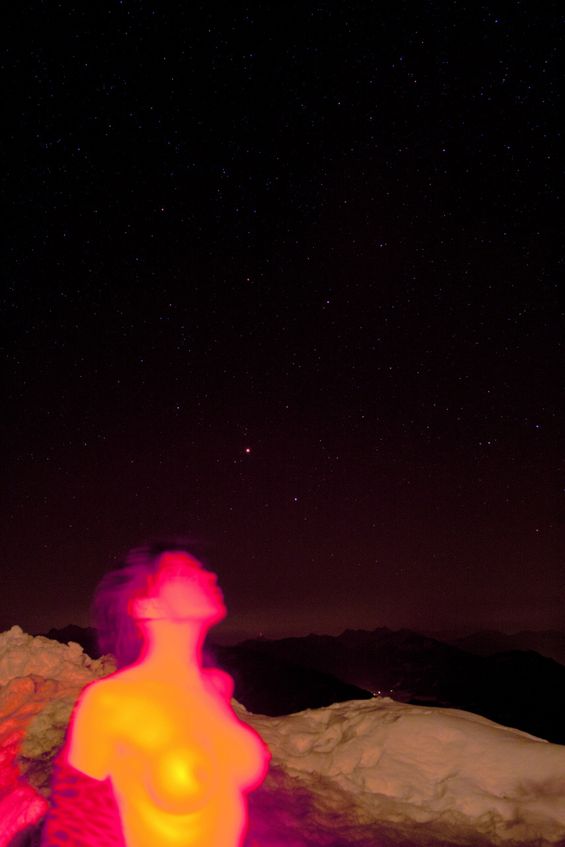 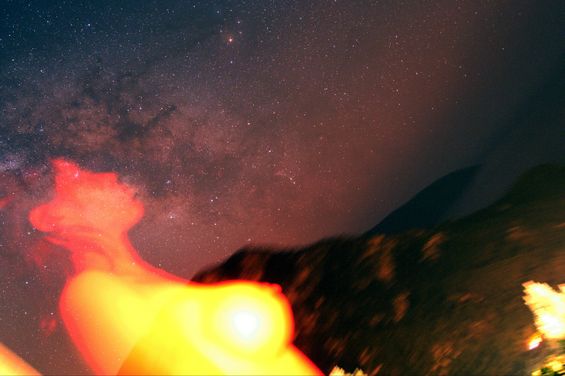 "The Girl and the Pipe" Astronude taken on the South coast of Turkey at Lissiya resort. 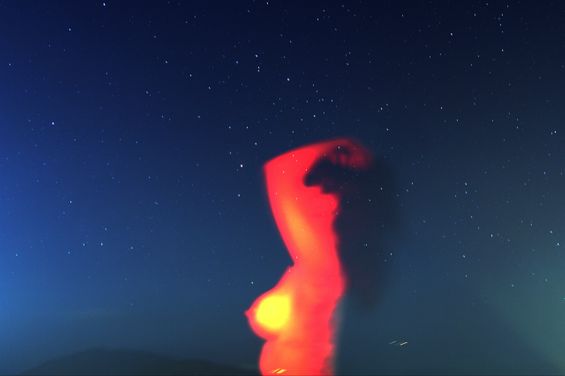 "Red Supergiant Star Antares shines at Model in Red " 1. Astronude taken from a hill over Bodrum, Turkey with Antares in Scorpio. Antares is the grightest star the elbows of the model are pointed at. The light of Antares had to travel 553 years to reach the model! 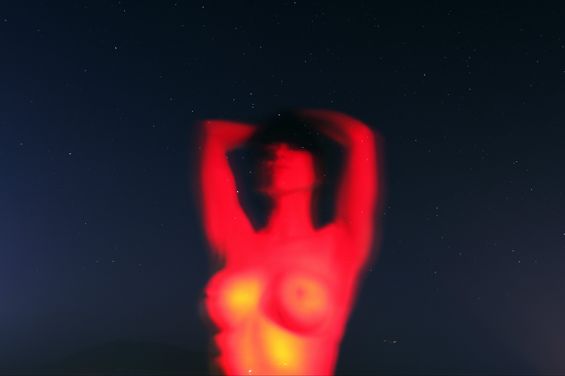 "Red Supergiant Star Antares shines at Model in Red " 2. Astronude taken from a hill over Bodrum, Turkey with red supergiant star Antares in Scorpio. Antares is the brightest star between chin and right biceps of the model. The light of Antares had to travel 553 years to reach the model! 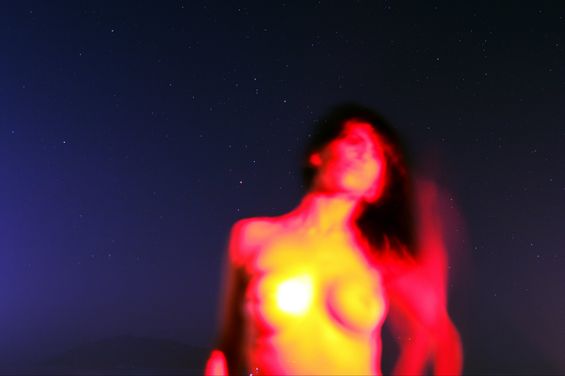 "Red Supergiant Star Antares shines at Model in Red " 3. Astronude taken from a hill over Bodrum, Turkey with Antare in Scorpio. Antares is the brightest starabove the right shoulder of the model. The light of Antares had to travel 553 years to reach the model! 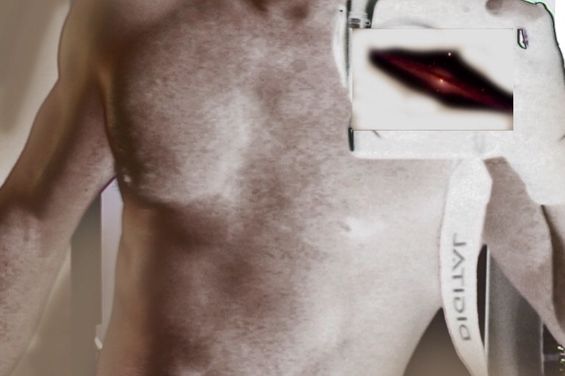 To avoid possible complaints of female astronomers rights organizations and in respect to all female Astronuders(belonging to the beautiful AND clever sex) we are showing also a male Astronude. Thats Astronudes the completely other way round: we changed the galaxy from background to foreground, the model from female to male, and the model becomes the photographer. It's also a kind of 'Making of the Needle galaxy Astro photo shown in chapter galaxies' (: Disclaimer: We recommend not to try Astro photography this way!

Hi Sani, great that you like it . kind regards Peter

Thank you for the wonderful and educative information and pictures

Now I understand Thanks